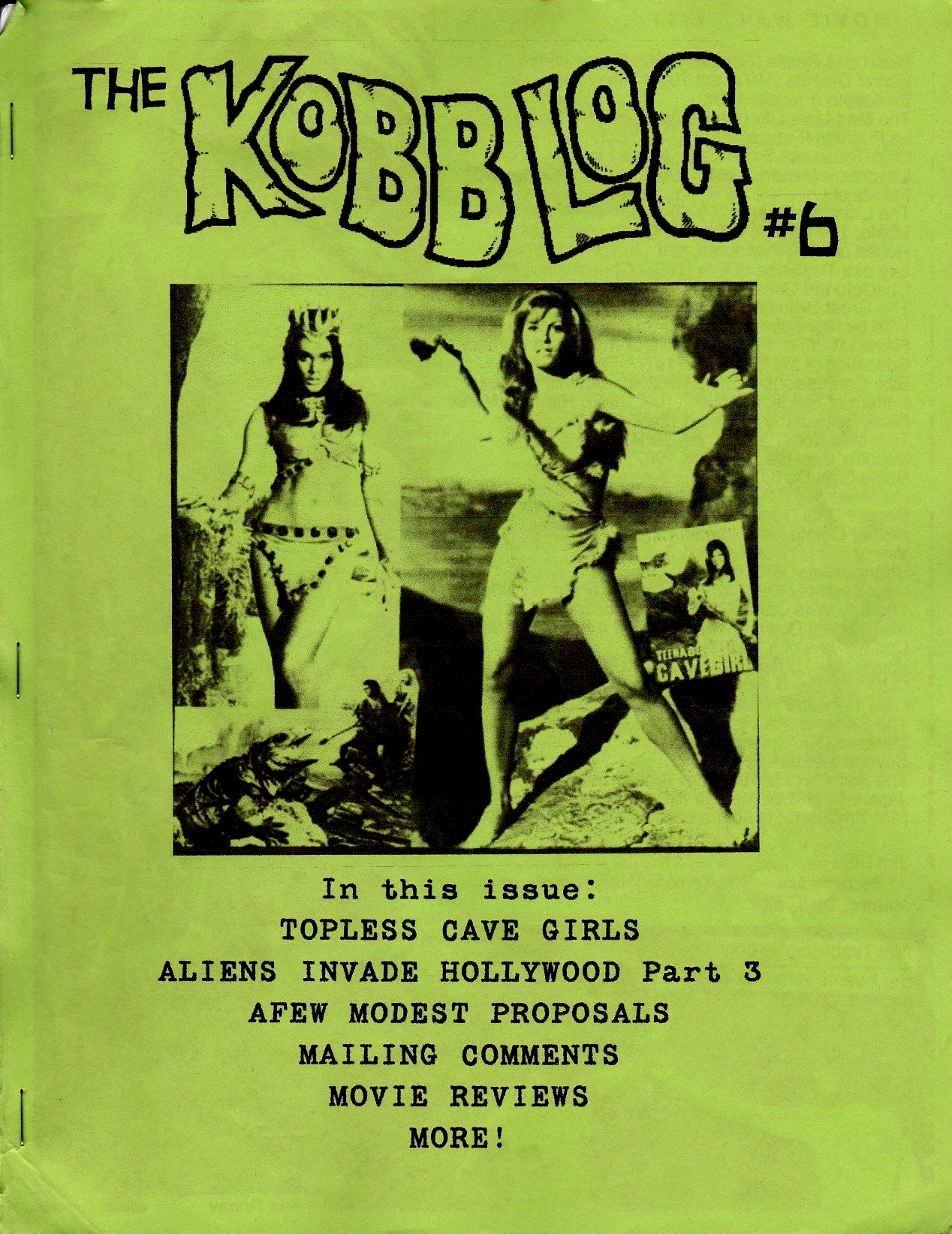 36 pages, 11 x 8.5", selected trades I'd say - mainly for other B-movie zines, Dr. Bill, Kobb Labs, PO Box 30231, Pensacola FL 32503, USA
The monkeys at the lab have run amok, so Dr. Bill has handed the bulk of this issue's content to Jim Ivers, who does an excellent job, starting with his Aliens Invade Hollywood: A Brief History (Part 3), a terrific 7-page look at alien-focused movies from the '70s to the present day (that is, movies such as Super 8, Prometheus, and Battleship).
The other excellent Ivers piece is his The Lost World of Prehistoric Women That Time Forgot, covering cavegirl movies from the '50s to the present. This was a real joy to read, with Jim's witty and hilarious comments coming thick and fast. Here's an example from his review of Italian gem 'When Women Had Tails' [1970]: "...since spy films were becoming passe, the nation that gave us Fascism and Roberto Benigni returned to its old stock-in-trade: unfunny sex comedies. The story was co-written by the eccentric whack-job Lina Wertmuller."
Dr. Bill himself kicks the issue off with a great introduction followed by Mailing Comments relating to the long-running Southern Fandom Press Alliance #292. [The Log is in fact part of this, but obviously Dr. Bill makes it available as a stand-alone zine.]
This is an easy recommendation for anybody into B-grade, genre, or exploitation movies. Really great stuff. It made my bus rides to and from work pass much too quickly.
Tags: dr bill, reviews, the kobb log
Subscribe