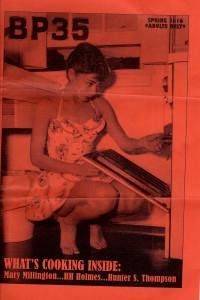 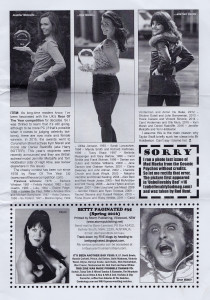 *ADULTS ONLY* 20 pages, 11.5" x 8.5", email for price/trades >>> Dann Lennard, PO Box A1412, Sydney South NSW 1235, AUSTRALIA + danhelen [at] idx.com.au + blog: bettypaginated.blogspot.com + podcasts: kirbyyourenthusiasm.libsyn.com
Behold the man! I mean, Behold Dann! Or, more accurately, Behold the zine! Betty Paginated, produced by the man, Dann Lennard! A zine we're all very happy to receive a new issue of! Well, actually no, not all of us... I know at least one person who will not at all be celebrating the arrival of another issue of BP... But who cares about the haters? Not me!

As everybody knows, I love reading my zines on the bus to and from work. BP is one of those that I sometimes think twice about when opening it to certian pages. Such is the deep complexity of the concept of the unclothed human body!
Tags: betty paginated, dann lennard, reviews
Subscribe