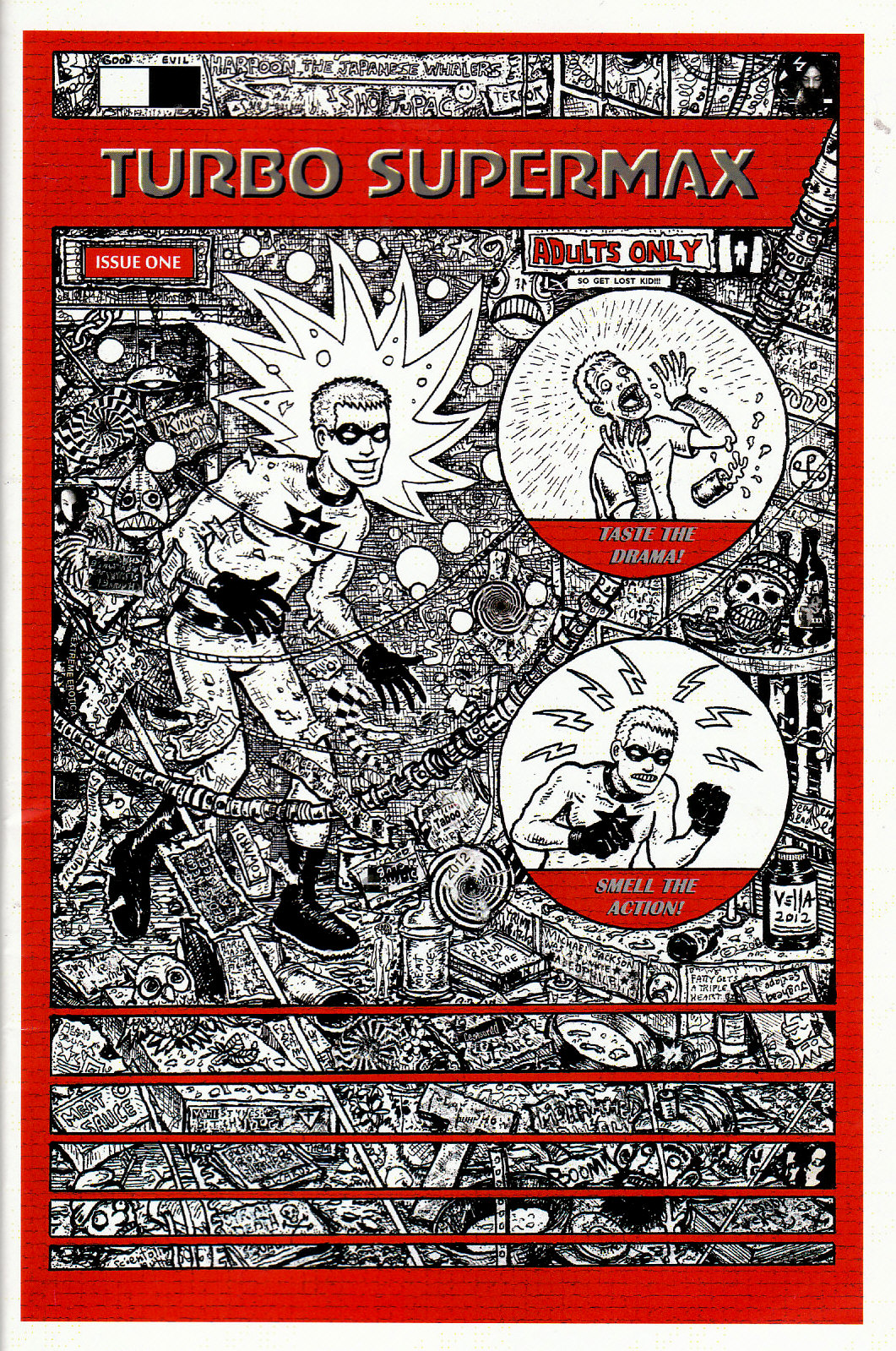 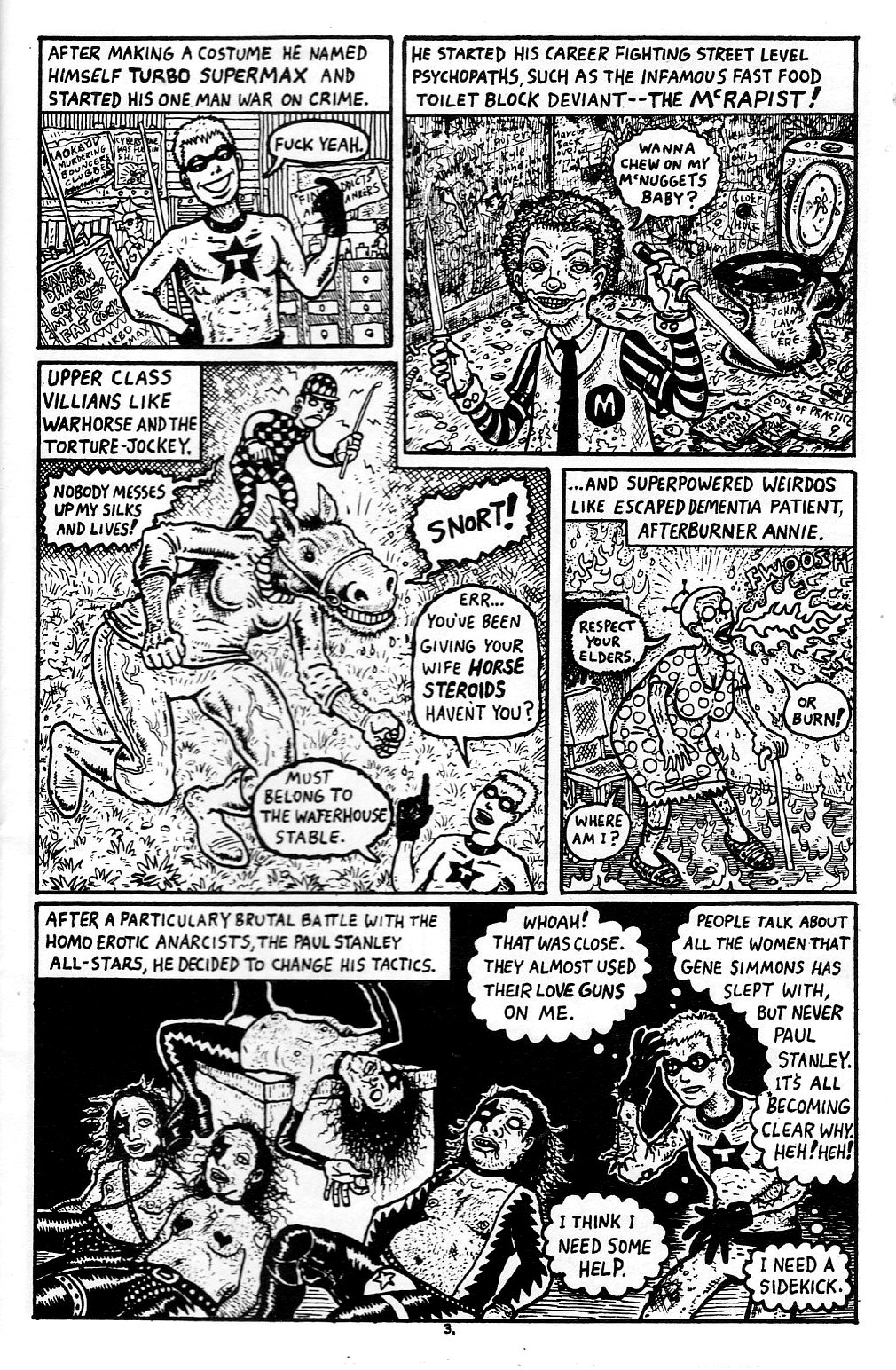 56 pages, digest, $5.00, Ryan Vella, Lot 18 Homebush Rd, Walkerston QLD 4751, AUSTRALIA
Going back to the mid '90s when I started publishing a comix anthology [Sick Puppy Comix] Ryan Vella was one of the dudes whose comix art really made your eyes pop, and he's only gotten better. Also, reading Turbo Supermax, it occurred to me that Ryan was probably one of the kids who, growing up on superhero comics, identified more with the supervillains. Heh heh.

TS gets off to a very funny start, with a newsreader telling a crew member off-camera about "some dumb slut..." before realising she's live to air. Her report introduces the world - it's fifteen years since a chemical plant disaster that devastated the city with a thick toxic cloud. Inhabitants who survived mutated, gaining super powers and abilities. OK, you maybe thinking, ho hum, another superhero origin blah blah... but this is anything but ho hum. Like I mentioned earlier, Ryan's art is awesome, loaded with detail (it's always fun to read the stuff he inserts on walls and other backgrounds), and here almost every page sees a new supermutant. Examples: The McRapist, The Homoerotic Anarchists, The Paul Stanley All-Stars, Kid Death, DIAD (Dude In A Dress), The White Triangle Club, and about 23 dozen more. The banter is also hilarious: "Get off me, bitch!" "Eat my heel ya limp-dicked sloth cock! Die! Die! Die!" Wonderfully bizarre characters appear, fight, swear, kill or die, and the scenarios keep your brain fizzing. "The pimp called Hookmouse was murdered recently by the haunted Voltswagen assassin, Hellbeetle. A rival pimp is most likely to have arranged the hit." Did I mention these comix are not for kids? Well, they're not for kids, man. Violence, profanity, nudity, all the good stuff, Turbo Supermax constantly bombards the reader with it, you lucky devils. This comic is so great, so awesome, one of those rare ones I read slowly, savour each page, don't want to get to the end. But I did, and it really sucked! Good news though! Since this is numbered "Issue One" presumably there will be an Issue Two.
Meanwhile, I'm off to re-read this. It's that damned good. Superbadass.
Collapse