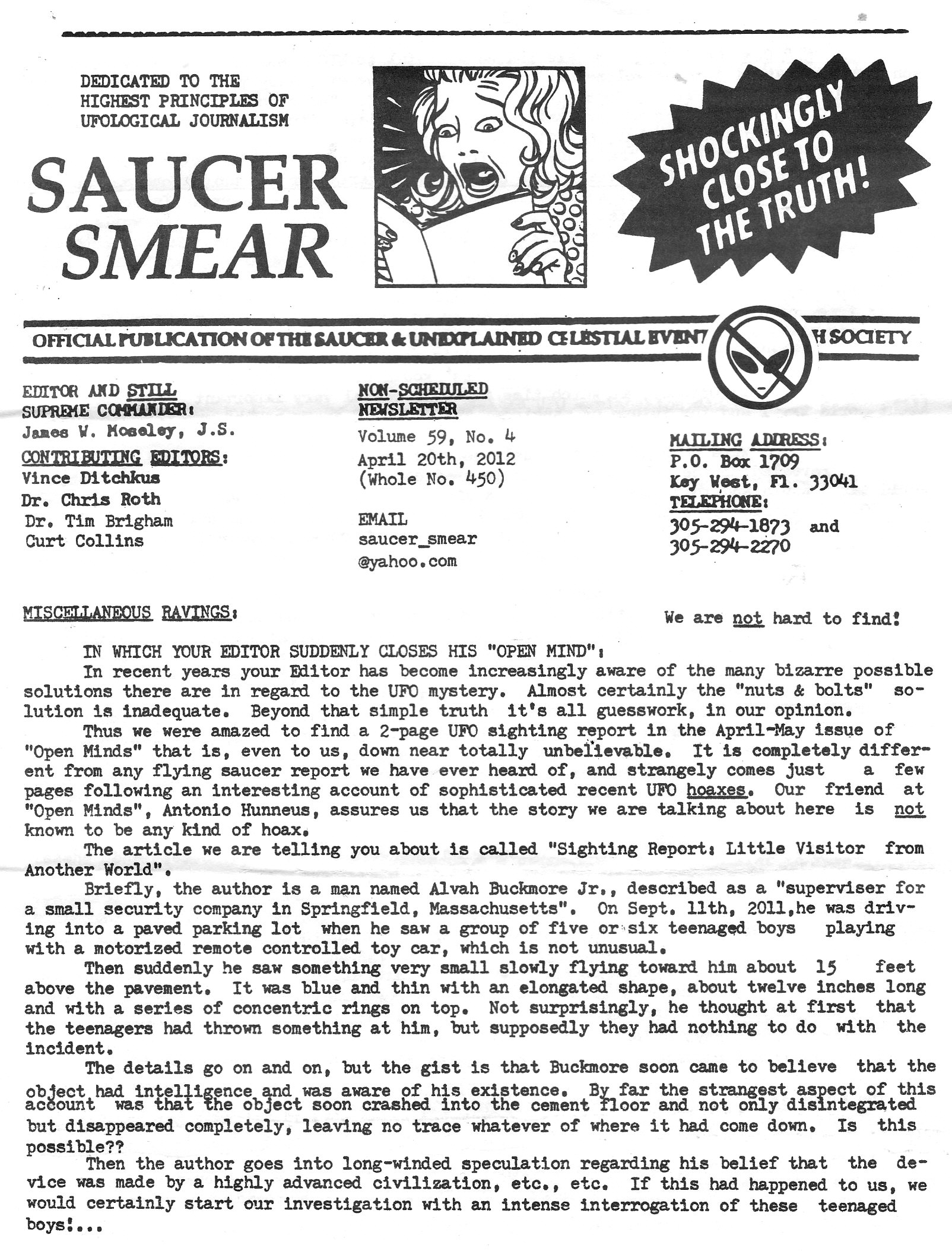 8 pages, 8.5" x 11" by Editor and Still Supreme Commander, James W. Moseley, PO Box 1709, Key West FL 33041, USA
saucer_smear [at] yahoo.com
This wonderful zine comes out almost too regularly - I gotta hustle to catch up! There have been two issues since this one, and this is the April 2012 issue. Anyway, first up a sighting report "...completely different from any flying saucer report we have ever heard of..." which is saying something, coming from these guys, and the longest running ufological zine in existence.
There's also "additions, corrections" on the Miracle of Fatima 'phenomenon' (an apparition appeared to three peasant children in a small village in Portugal, promising to return, leading to between 60,000 and 70,00 people witnessing something "very weird").
Then, Obama speaks out about Roswell; an update on the "Starchild Project" (human (?) skull found in Mexican cave at least fifty years ago); 'Hunt For The Skinwalker"; a new Roswell crash and a new Aztec book (ufo crash at Aztec, New Mexico in early 1948 ... the book about it was written by a then-famous Hollywood journalist named Frank Scully. Hm! Is that where the X Files's Scully in Mulder and Scully came from?)
Collapse