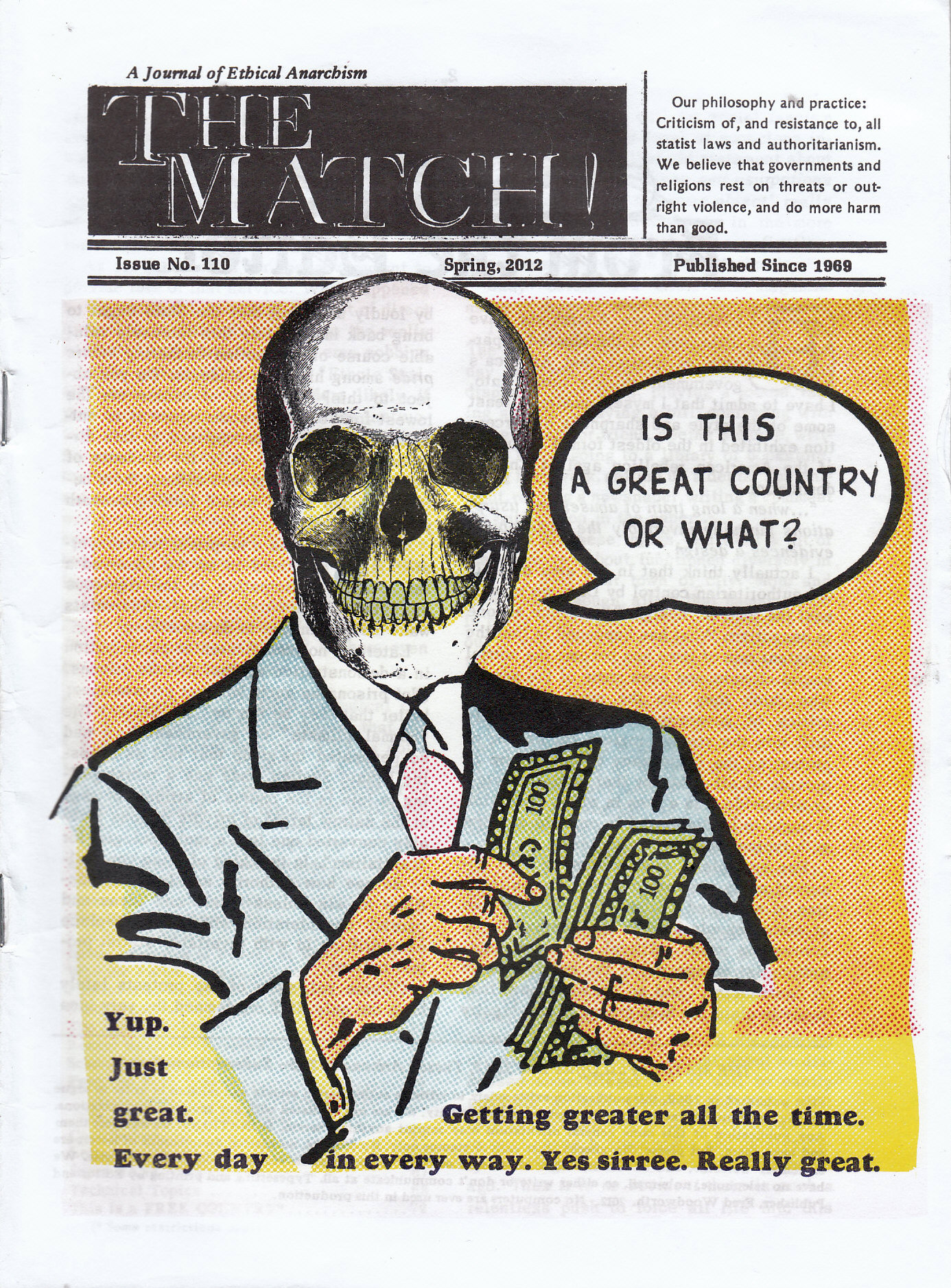 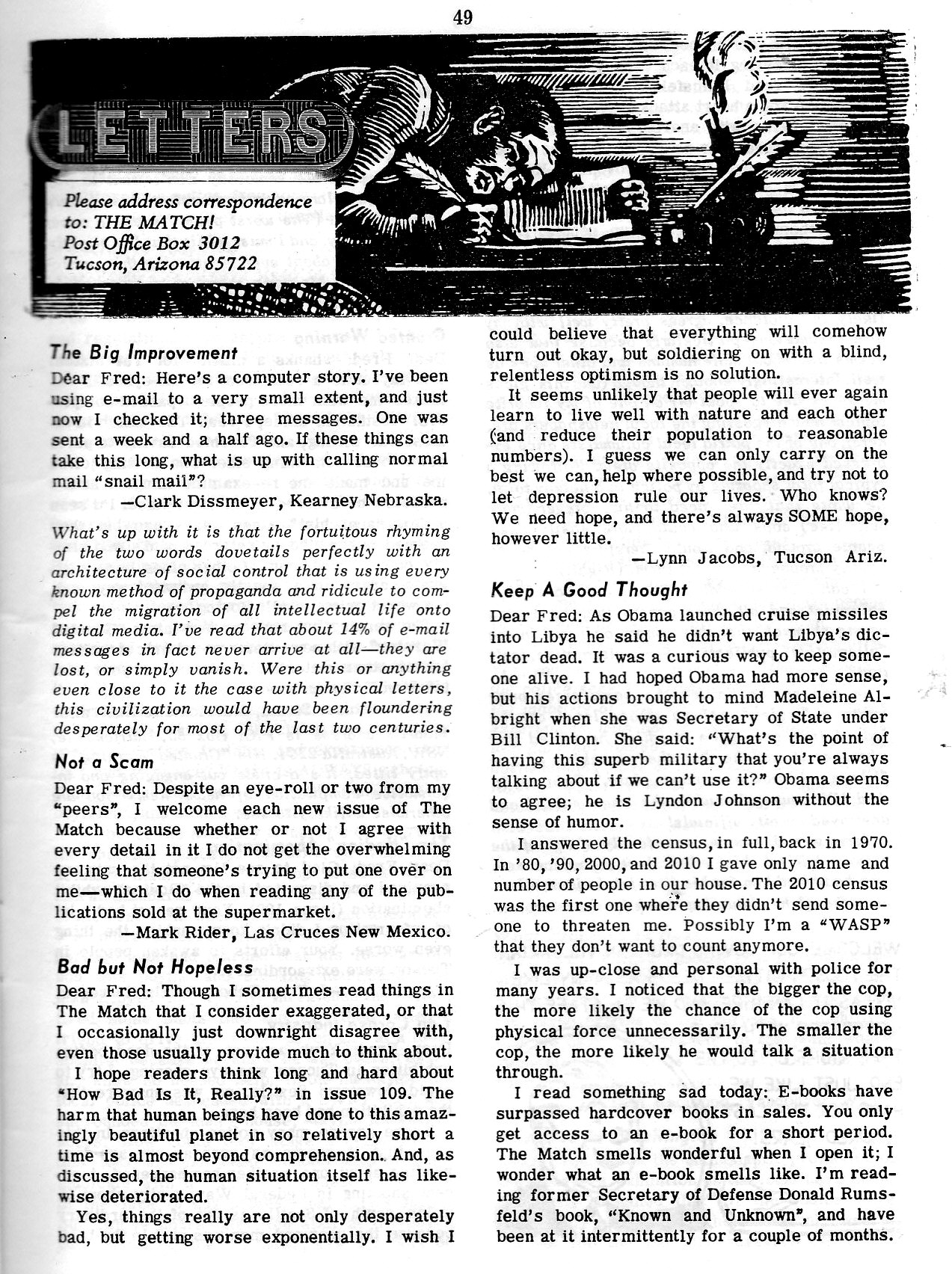 So great, almost impossible to put down, easily one of the top five most important publications in existence. Get it if you don't already.
...
OK, that was the nutshell review, but if you wanna read more, here's some more...

The Match! is "A journal of ethical anarchism", but don't let that put you off. The writing is extremely entertaining and challenging, and often funny at the same time as providing solutions to the world's pressing issues. For example, the Middle East:

"...there's apparently something in the water there that makes everyone in a ring around the right side of the Mediterranean from Albania around through and past Egypt, completely insane. There's no use trying to help those people, no use arguing with them, no use hoping they'll arrive at some kind of accords or enlightenment, because they are now and for centuries have been, all of them - Moslems, Jews, Christians, everybody - all verging on total psychopathy, and for most intents and purposes functionally insane. It's like the planet has a gigantic boil of infection centered at about the island of Cyprus, exuding some noxious and madness-producing chemical into the ambient. If an asteroid ever does hit, please please please: Let it be there."

There's regular features like 'Who The Police Beat' (which may be soon more accurately re-titled 'Who The Police Kill'), book reviews (including a terrific and savage autopsy on a book called 'The Gruesome Acts Of Capitalism'), reviews of publications received (especially interesting to read the criticisms of other 'anarchist'-focused zines), and pages of letters (and frequently, responses by Fred).

I only wish I had discovered this one sooner. Nuts!
Collapse