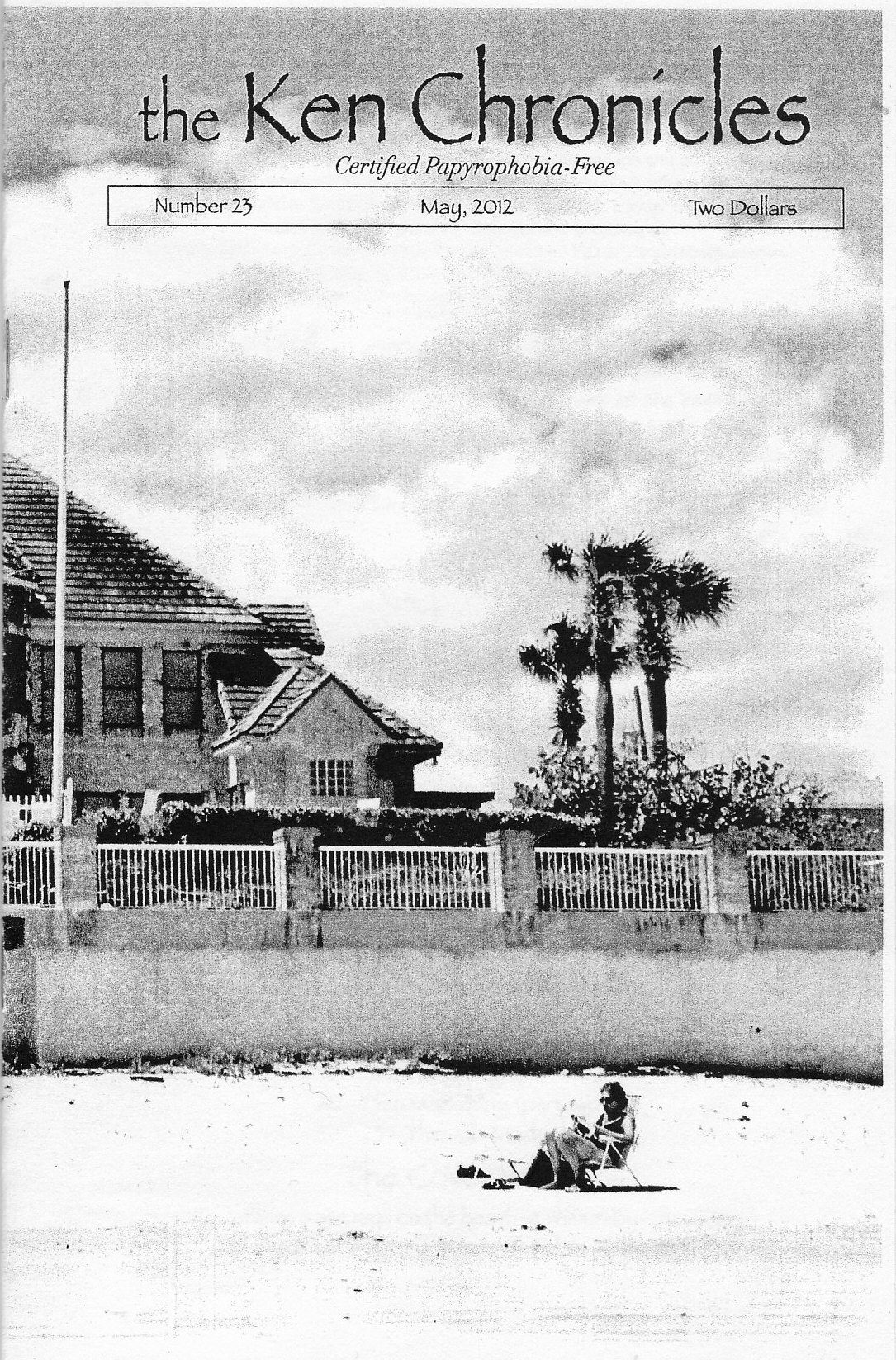 28 pages, digest, $2.00, fair trade or letter of comment, Ken Bausert, 2140 Erma Dr, East Meadow NY 11554, USA + PassScribe [at] aol.com + thekenbausertchronicles.blogspot.com
I lost touch with Ken after moving from Paddington to Marrickville (back in 2010) thanks to my shitty postal trauma, where I thought mail would be forwarded, but, ha ha!, it wasn't. Rather, it was returned to the sender, even though I had filled out a redirection form. Anyway...
It's great to receive another issue of Ken's Chronicles. An extremely active and cool retired dude, Ken writes about his travels, his home improvement projects around the house (now fixing up the computer room), along with my favourite column 'What I'm ______Lately' - books he's read, TV shows and movies he watched, records he listened to (regular TKC readers know Ken's a huge Todd Rundgren fan). I love that stuff. Ken's also got a terrific letter column. This issue also has a two-part piece on flea marketing.
TKC is published quarterly, coming out on or around the first of the months of February, May, August and November.
Collapse