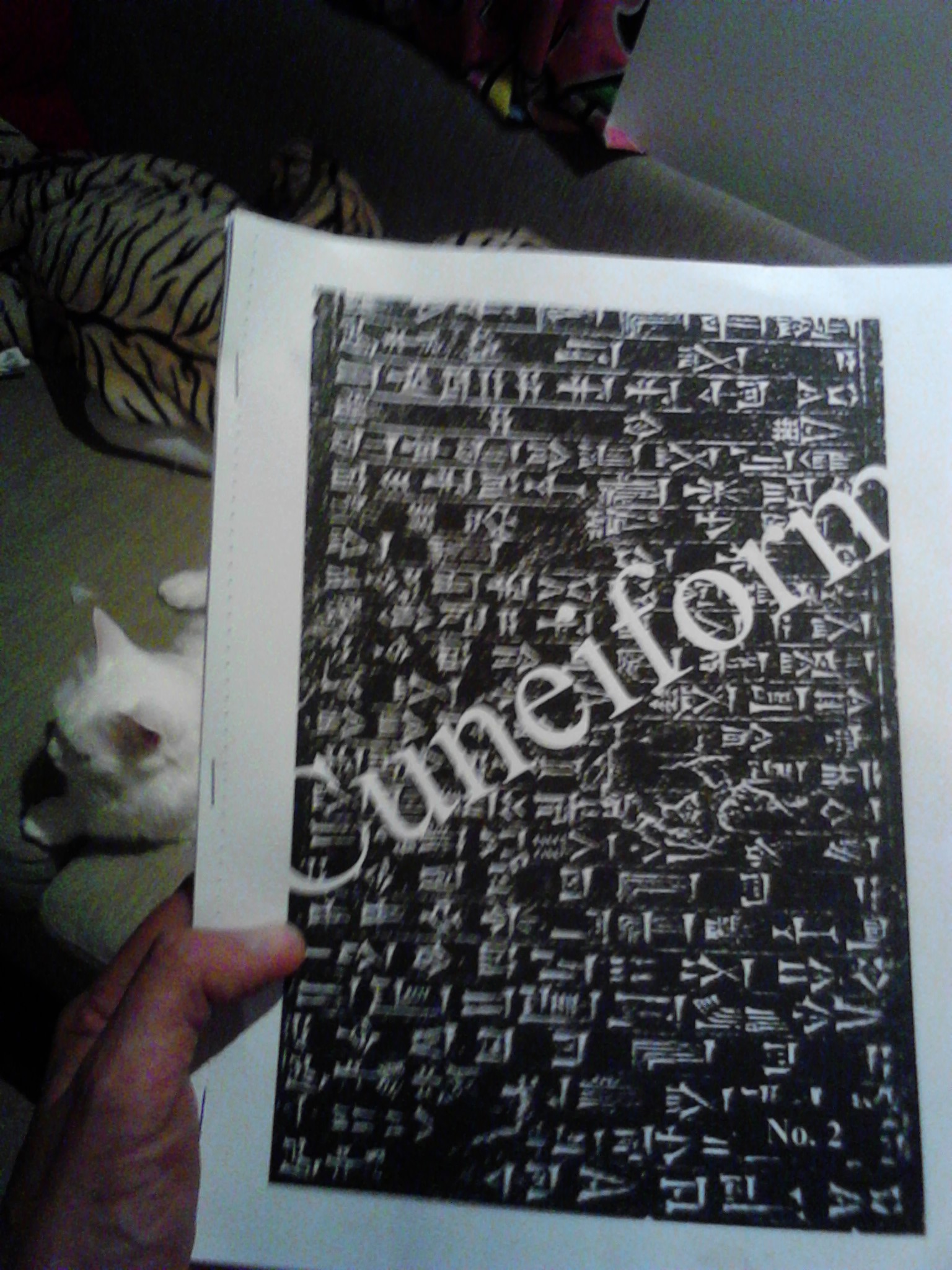 18 pages, 11" x 8.5", Frederick Moe, 36 West Main Street, Warner NH 03278, USA + singinggrove [at] conknet.com
Here's the second issue of Frederick's APA zine. Since it's the first time I've reviewed an APAzine, it might be a good idea to give a definition. (This definition from Dale Speirs's zine Opuntia #251):

"Modern zine publishing as we know it today began in the middle 1800s as cheap, home-use printing presses became available to the general public. Zinesters developed a distro method called the amateur press association (apa) where members sent x number of copies of their zine to a central mailer (also known as the official editor). The zines are collated into bundles, and each member gets back one bundle of everyone's zines. There is an annual fee to cover postage, but this works out cheaper than mailing individual copies. Apas have a minimum level of activity required, such as publishing 8 pages a year. It must be emphasized that apas are not for passive subscribers; you muist commit to the minimum activity level or you will be booted out."

For CUNEIFORM (stands for Circulating Unedited Notes Expressing Ideas For Original Reading Material), Fred asks for 40 copies of your material plus a couple of dollars toward postage.

What you get inside is reprinted letters, some zine reviews, a comic strip, and highlights for me - contributions from James N. Dawson (thoughts on papernet vs. internet) and Garry Erwin (who offers some great advice, which we all know, but then promptly forget: "Procrastination is the death of a letter - later is probably never...")

This issue inspired me to decide to send something for #3, but will I actually do it? ... Must. Stop. Watching. Anime.

[Note: I've been slacking off lately with the reviews, one reason being I've gone back to anime-watching addiction, another reason being my printer/scanner died. Second problem solved for now with camera phone. First problem another story...]
Collapse