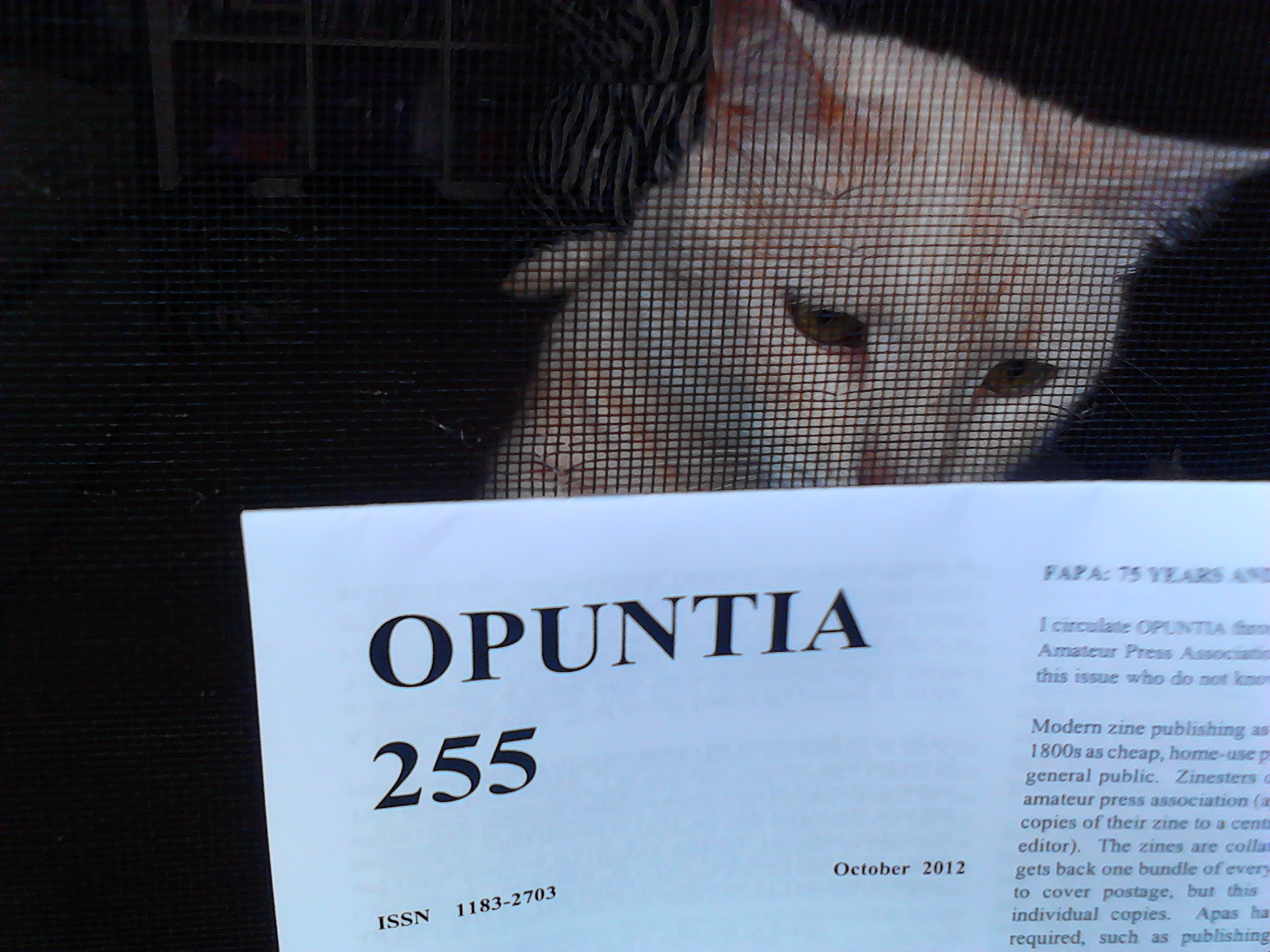 16 pages, Dale Speirs, Box 6830, Calgary, Alberta, T2P 2E7, CANADA. Available for $3 cash for a one-time sample copy, trade for your zine, or letter of comment.
This issue features mailing comments on FAPA #300. The Fantasy Amateur Press Association's big birthday issue, dated August 2012, contains 35 zines with 433 pages between them. That's a chunky zine anthology!
Dale shares a tip on depression - "I follow Samuel Johnson's advice from two centuries ago and still valid today. Keep busy and don't let your mind dwell on negative thoughts."
There's a couple of monster movie reviews - The Beast From 20,000 Fathoms [1953], based on a Ray Bradbury story and with SFX by Ray Harryhausen; and The Deadly Mantis [1957] with a very funny observation by Dale: "Every expense was spared in making this movie, and about one-third of it is stock shots.".
The issue winds up with a letter column then two book reviews - Fantasia Mathematica [1958], an anthology edited by Clifton Fadiman of short stories relating to mathematics, mostly science fiction; and The Affinity Bridge by George Mann [2009], with airships, clockwork automatons, and zombies.
There's always something interesting to read in Opuntia, but this issue has a higher than usual strike rate. Good one.

[Picture: Henry checking out the latest Opuntia, wondering if his paper on the difficulty of opening screen doors will ever get a mention.]
Collapse