Thanks to Sid Clark for the guest review... 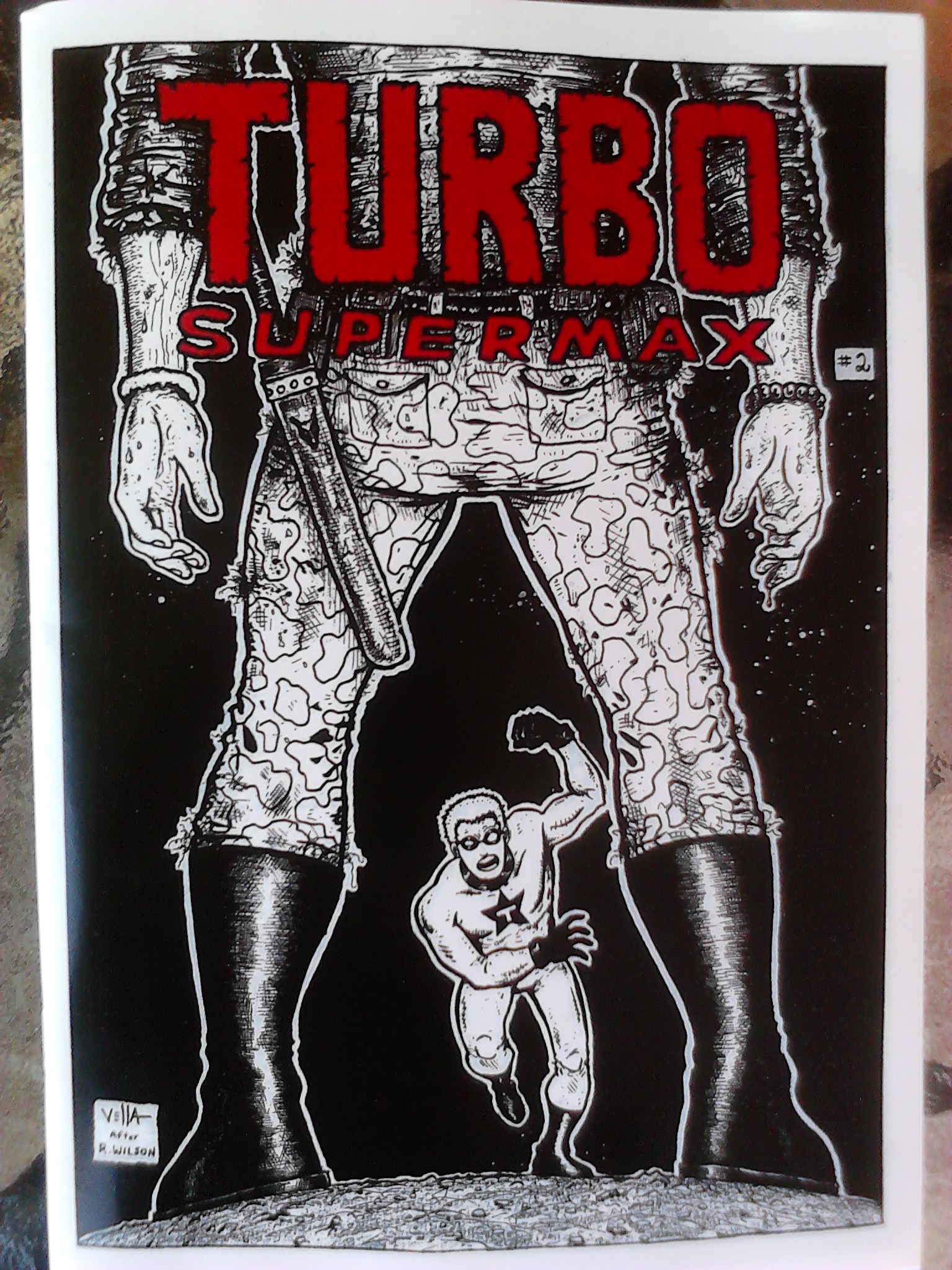 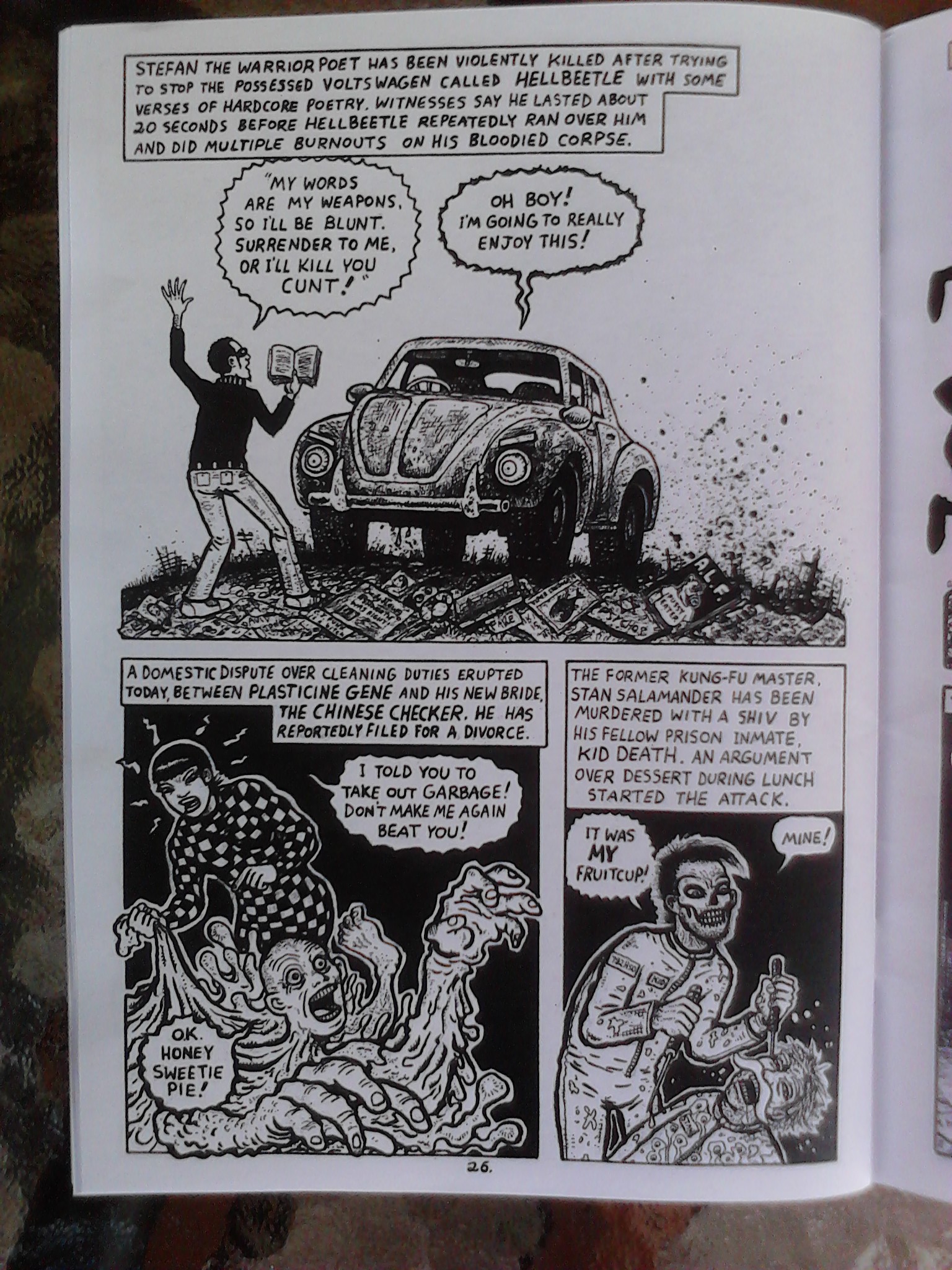 32 pages, 8.5 x 6", $5.00, Ryan Vella, Lot 18 Homebush Road, Walkerston QLD 4751, AUSTRALIA
Ryan Vella creates an alternate world where the cities are full of the violent clashes of super-heroic assholes.
I admit I'm disappointed that Vella chose to celebrate pop-star Michael Jackson's bizarre and loathsome behavior again (as in issue #1). Jackson always seemed like a big nothing to me but to Vella he seems to be "an oasis of horror in a desert of boredom". Jackson is represented in the comic in the person of Dingoman who is Jackson's psychotic, pederastic love child.
Vella's an excellent cartoonist but a few of the panels came out a little muddy due to all the blood and grit flying around.
Apart from these qualms and quibbles this is ace entertainment all the way around.
Collapse