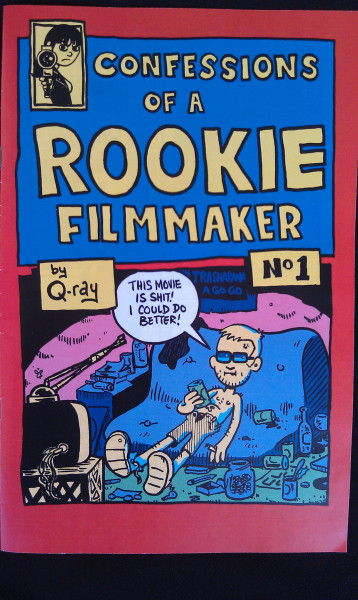 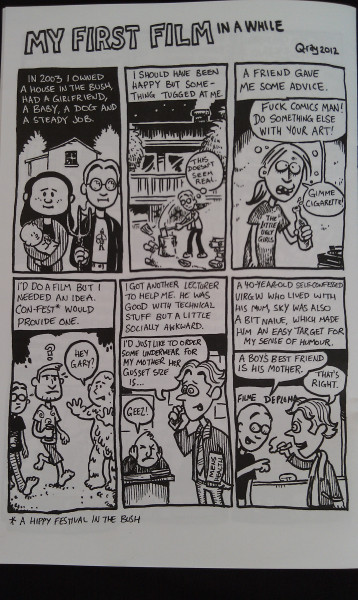 20 pages, comic book size, by Clint Cure >>> indyplanet.com
What a pleasure it was to receive these three comics from Q-Ray, documenting his switch from comic-making to movie-making. And it's perfect that he has done so in comic form.
This first issue covers Clint's first exposure to filmmaking when his father sold his horse (?!) to buy him a Super 8 camera; drawing comics and swapping them with other comic people through the mail; making a doco on local comic artists (Comic Book Virus); comics activities in a share house with John Weeks, Michael Fikaris, Gregory Mackay; getting a job teaching 2-D animation; his first film; many fights with his wife who eventually left; his relationship with (the way he draws her at least) an extremely cute raver girl; and winning an award for his short animated film The Lecture.
Really great.

Here's a link to a page promoting the launch of CoaRF with trailer for Hanging At Picnic Rock.

P.S. I checked out the indyplanet link, they seem to only have CoaRF#2 available. And they got the page count wrong. 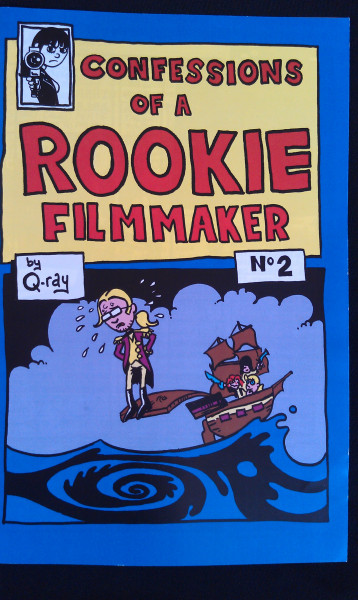 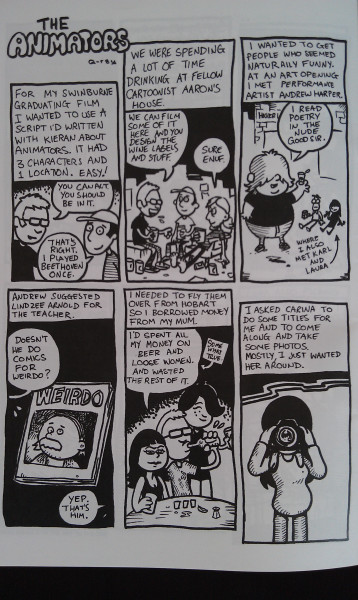 20 pages, comic book size, by Clint Cure >>> indyplanet.com
This issue's got co-writing being sabotaged by drinking; more women pros and cons (dressing them up is fun; when they split with you and start seeing your next-door neighbour not so fun); heavy drinking and depression; work on script Clint had written with Kieran Mangan, The Animators, and the actors involved (like naked poetry reader Andrew Harper, and Weirdo); the shoot ends up being a disaster, the cast and crew fighting and back-stabbing. Really great to read! Ha ha.The final page contains some filmmaking dos and don'ts, from lessons learned the hard way. 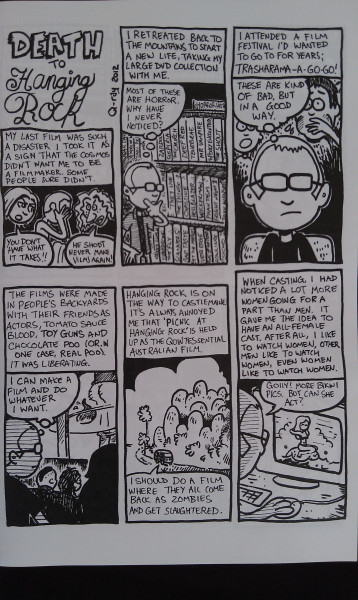 24 pages, comic book size, by Clint Cure >>> indyplanet.com
Since his last film was such a disaster, Clint vows he'll make one more then call it quits. He realises most of his DVD collection is horror, so why not  make a horror? It always annoyed him that Picnic At Hanging Rock was held up as the quintessential Aussie film, so Clint wants to make one where they all turn into zombies and get slaughtered. What follows are details of the shoot; a degree of success for Hanging at Picnic Rock; a new girlfriend; another animation teaching job; more shooting; then a desire to "Run away and hide' which is what he did, getting a job in a media centre at Balgo, WA. The job was film production supervisor for the motika (motor car) project, part of which was a series of short films reflecting the impact of the motika on Aboriginal culture. Clint finds some cultural hurdles. It's hard to direct a film because you don't tell people what to do. Well, then more stuff happens, all totally fascinating, but I'll wrap this up by noting that Clint ends this issue with some philosophical musings, looking back and admitting many failures, but some success, and how maybe it's not the goal but the journey; meeting cool people, all that important stuff.
Great job. Highly recommended.
Collapse