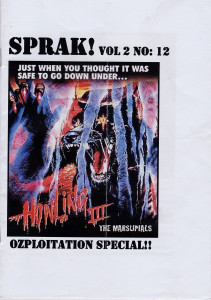 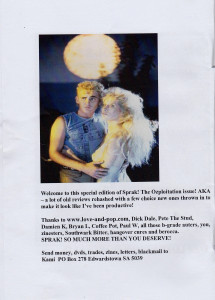 It seems like a long time since the last issue of Sprak!, but time plays tricks on the mind... However! In his introduction, Kami describes this issue as "a lot of old reviews rehashed with a few choice new ones thrown in to make it look like I've been productive!"

I stand by what I wrote about Sprak! #6 back in 2010 >>> "If you remember your teenage years when the deciding factor on renting a movie was whether there was a big 'Banned in Queensland' sticker on the cover, you will LOVE this zine." 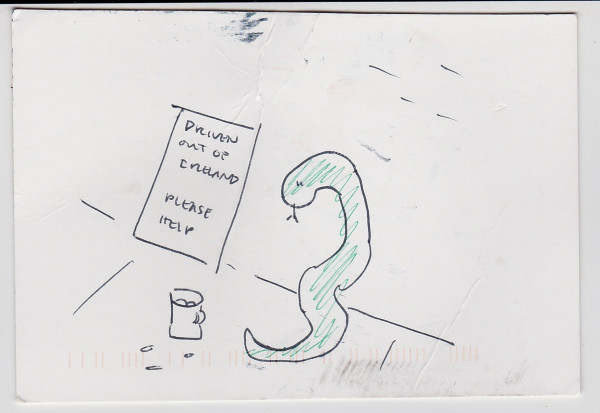 Here's a postcard that arrived today from the [hopefully-temporarily-but-I'm-not-holding-my-breath] retired-from-cartooning Clark Dissmeyer [or at least retired from showing them to the public].

Thanks Clark! Please come out of Cartooning Retirement!
Collapse