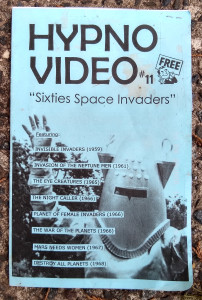 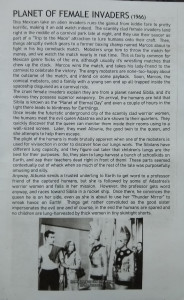 Although Dr Bill writes that if this issue may seem a little "slipshod", it's because of a toxic environment at his work [something I can certainly relate to *Blub!*], there were nevertheless some really great lines:

"...in the end the humans are spared and no children are lung-harvested by thick women in tiny skintight shorts." [Planet of the Female Invaders [1966]

"What can I say? It's a Larry Buchanan film. I wasn't expecting it to be any good and Larry never disappoints." [Mars Needs Women [1967]
Collapse