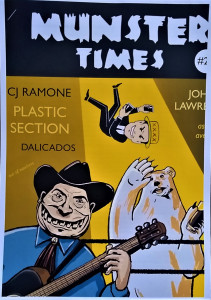 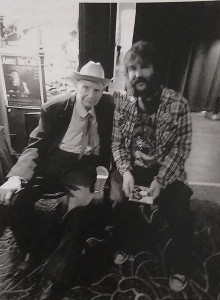 As you will gather from the terrific cover by Amy, Matt interviews Chad Morgan. I love what he wrote about Chad the Great in his editorial: "I love Chad Morgan, ave since I was a kid. When I said this recently someone said what as in a guilty pleasure? Im like no, as in he's a fucking legend and deserves all the respect in the world."

Next up, Matt pays tribute to wrestler Harley Race, admitting that it was this "mean SOB" that inspired Matt to grow sideburns.

Next is an interview with John Lawrance from "the Crystal Ballroom scene" - At one point he's talking about casting for Ghosts of the Civil Dead, and coming across some of the meanest motherfuckers on the planet in a Brunswick gym. "So I inspected there musicals and tattoos..." Tuff guys? Huh! Musicals? Sounds like a buncha faygits! XD

Following some poetry by Gemma, Matt interviews CJ Ramone - great stuff! He was somewhat of an oddball choice for The Ramones [as a replacement for Dee Dee] coming from life as a machinegunner in the Marines.